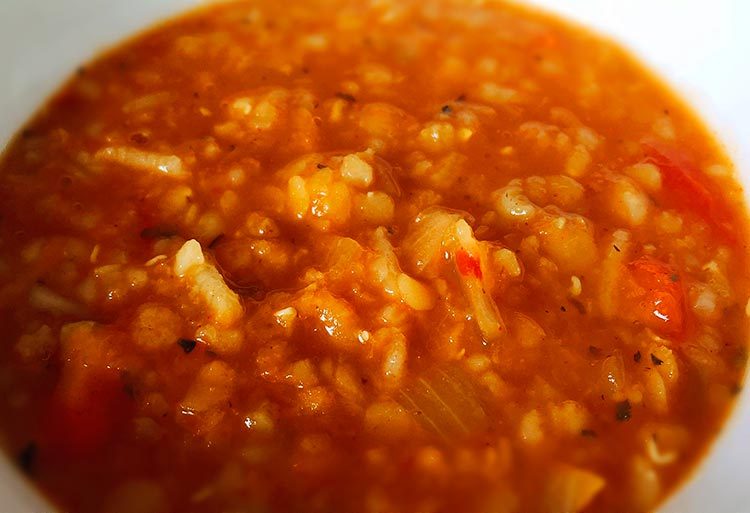 This is a Turkish soup, which is really somewhere between soup and daal.

It’s got rice and bulgar already in it though, so it’s a one-pot dish.

It’s hearty and comforting, and most importantly beyond simple, as long as you can wait for the lentils to cook themselves.

It’s originally from a book called ‘The New Middle Eastern Vegetarian’, by Sally Butcher (which is just a fantastic book- buy it now). In the book it’s called ‘The Soup of Ezo the Bride’, and the story behind it is that a woman named Ezo Gelin, who basically had two horrendous marriages, the first was a bum, and the second had a monster mother-in-law. This soup apparently stemmed from her efforts to please this mother-in-law. 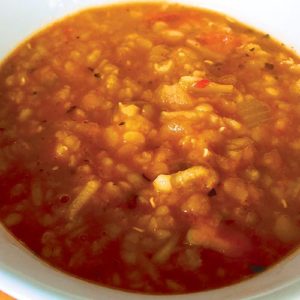